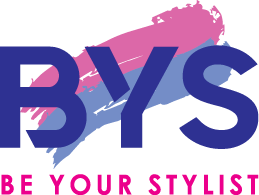 While almost anything has its cure, aging is one thing that is unstoppable. It doesn’t know the language of cure (until and unless you’re filthy rich to afford expensive surgeries, creams, and whatnot). Aging brings wrinkles, decreasing immunity and slow (but easily noticeable) changes.

One inevitable change due to aging happens to be grey hair. While there are synthetic colors that hide your hair, but for how long you’re going to do that? Don’t forget the fact that continuous usage of chemical dyes can be harmful.

Dyeing your hair might look wonderful for a change, doing it again and again clearly tells that you’re not liking your natural style. Which shouldn’t be the case at all! Here we are, bringing you some of the clever grey hairstyles for men that do not require any kind of “extra thing to do”.

I’m sure after going through these grey hairstyles, you will not feel embarrassed about the greyish shade (which is an inevitable part of life). Without wasting much time, let’s wrap up grey hairstyles for men.

Named after a mistress of King Louis XV, Madame de Pompadour. Pompadour can make an excellent choice for grey-hair gentlemen. Pompadour hairstyle is nothing but hairstyles into a high mound on top of the front of the head.

Now you must be wondering why this “simple” hairstyle is first on the list of grey hairstyles for men? Well, it’s because of its simplicity. You don’t need to do much to your hair. Just a little bit of combing and you’re done! This style can be a bit difficult for men with thick locks, but it’s worth trying once!

Also known as locs or dreads. They have been in style for a very long time. You visit Jamaica sometime and you’ll see the real magic of dreadlocks. This kind of hairstyle uplifts your confidence and makes you feel more manly!

This haircut work particularly well in short but thick dreads, which have a more mature appearance than longer lengths.

Next on the list of grey hairstyles for men are short grey waves. This is perfect for gentlemen who have wavy hair (like me lol). The benefit of this cut is that it appears neat and polished while maintaining the class and its feel.

With a touch of a formal look, you can portray a neat and clean look this way!

Now, who doesn’t like beard? You ask a woman what she drools for, and beard will top the list. Just imagine, while all others are carrying the same old black beard, you appear to have a bright grey beard and hairstyle.

Masculine, rough and tough and this kind of greyish hairstyle will definitely make you stand out of the crowd and with it, I’m sure you will a lady’s favorite view!

The quiff has been existing since the 1950s, it’s just another level of pompadour hairstyle. It’s one of the rare hairstyles which comes with a guarantee that your grey hair will not make you look like a grandpa.

Reach out to your barber for a cut that’s longer on top and short and faded from the sides. With a blow-dryer style your front hair and pomade to make it a neat quiff.

Probably the only grey hairstyle for men on the list which will not suit everyone. It will work for those who have plenty of confidence and know-how to carry themselves. Grow out your locks till shoulder level and that’s it.

While you can use a great shampoo and a conditioner to give them a soft texture, but leave them open and look how many ladies look back at you when you’re out there roaming on the streets!

Fades and tapers are the same because both reduce the length of your hair from a gradient. The taper is when your hair changes from long to short from the top of your head down to your hairline. Fade is a shorter extension of Taper.

Reach out to your barber and ask for a haircut that’s longer on top while short from the sides. If he asks you for a dye, slap him!

We don’t want to load you with tons and tons of greyish hairstyles. With this list of grey hairstyles, we have a very simple motto – Don’t hide what can be embraced!

Don’t be afraid to try new and daring hairdos. After all, experimentation is a must. Don’t just have one single look for the entire life. When there are 4 seasons, 12 months in a year, I’m sure there can be a plethora of experiments you would want to do to enhance your overall personality.

styling accessories to elevate an outfit

styling accessories to elevate an outfit